Our good partners at BrandingBusiness offered an insightful post about the importance of brand’s keeping their logo and image updated. As we emerge from the pandemic, many companies should consider how brands represent themselves as the public, buyers and behaviors have now changed. If you would like to read more from BrandingBusiness click here.

“If things are to remain the same, then things must change.”
Guiseppe Tomasi di Lampedusa: The Leopard

It’s an immutable truth of business: as companies evolve and change according to market dynamics, so do brands.

Often, the change is imperceptible and only becomes evident when you look back over the years to see the degrees of change that have taken place. Starbucks refreshed its logo a while back to focus on the iconic mermaid, dropping the word “coffee” in the process. This was to signal that the company was moving beyond coffee into other beverages and the brand has to find a new relevance in this evolving strategy.

The GE monogram, as another example, might look as though it has never changed; in fact, it has quite significantly over the years in response to new media applications, contemporary tastes and the use of the “meatball” as it’s called, as a more prominent brand device.

For similar reasons Google and Verizon have both have made recent changes to their brand logos. Google unveiled a new, more streamlined wordmark to herald—one assumes—its new role as division of the new holding company, Alphabet, Inc. And Verizon has revealed a clean, reductive and less cumbersome logo.

Google
The new Google logo and visual identity system say that Google has, in a word, matured. Gone are the cumbersome serif letterforms of the old logo, replaced by the somewhat expected sans serif letterforms, now a common characteristic of today’s modern brands. The best things about this new system are its clean lines, well-drawn, colorful letterforms, elemental shapes, simple patterns and playful pictograms. It is a vibrant visual toolbox, reminiscent of Google’s past look and feel, but designed for serious business purposes. It is a system that successfully evolves the historic/old to the contemporary/new. While the overall look retains its original simplicity and approachable character, it now has a hint of corporate gravitas about it. It says “Google has grown up.”

While I like what Google has done, I cannot help but express my wish that they had taken this opportunity and done more with it: been a bit more creative and quirky, showing some of the renegade chutzpah we’ve come to expect from them.

Verizon
Enter Verizon with its new logo. The new one is, I will say, better than the old one. The design community despised Verizon’s old logo design—and with good reasons. Among its many vices, it was a confusing mélange of word mark plus symbol, with its infamous Zorro-esque Z/Swish and V-Shaped symbol. It looked as if Verizon couldn’t choose between one option and the other so they threw in everything.

As a designer, I understand and accept that logo design is by no means just an aesthetic exercise to please designers; it is conditioned by various forces—brand strategy and positioning,  organizational culture, real-world practicalities, and the often labyrinthine approval stages in large corporations.

But one thing identity design must do is forge a discernible link between form and intended meaning: design can be a metaphor and a catalyst for business changes underlying it. Google seems to have found an appropriate solution. Perhaps Verizon has too, but the new safe logo confirms, to me least, that the company doesn’t know what it wants to communicate. It’s an old-fashioned corporate identity, not a customer-focused statement.

Final thoughts
Verizon invites an interesting side-bar. There is a class of logos that deftly incorporate punctuation marks. When done right, leveraging punctuation symbols can effectively tell stories. Deloitte has been through many name amendments in its long history. In 2003, Deloitte & Touche adopted the brand name Deloitte. Period.  Although Deloitte & Touche remains the firm’s legal name.

Likewise, Accenture has the “greater-than” sign (>), which points to superior performance. And, of course, Yahoo has its exclamation mark (!), which promises an exuberant, energetic user experience. So, while Google has found a form with enough corporate gravitas to make it a suitable mark for its revised role, Verizon—it would appear—has just checked the box and missed its mark.

How Recognizable Is Your Logo? 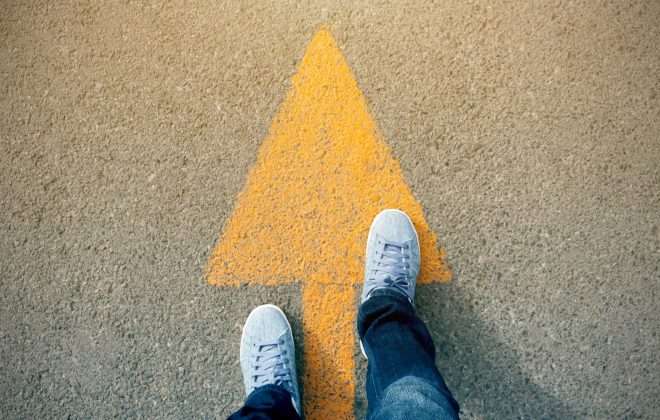 https://www.sotech.com/privacy
Necessary Always Enabled
Necessary cookies are absolutely essential for the website to function properly. These cookies ensure basic functionalities and security features of the website, anonymously.
Functional
Functional cookies help to perform certain functionalities like sharing the content of the website on social media platforms, collect feedbacks, and other third-party features.
Performance
Performance cookies are used to understand and analyze the key performance indexes of the website which helps in delivering a better user experience for the visitors.
Analytics
Analytical cookies are used to understand how visitors interact with the website. These cookies help provide information on metrics the number of visitors, bounce rate, traffic source, etc.
Advertisement
Advertisement cookies are used to provide visitors with relevant ads and marketing campaigns. These cookies track visitors across websites and collect information to provide customized ads.
Others
Other uncategorized cookies are those that are being analyzed and have not been classified into a category as yet.
SAVE & ACCEPT